Are you planning to travel to the Pompeii Ruins soon? Want to know all the important travel tips for the Pompeii Archeological Park? This post is for you!

Pompeii is a massive archaeological site in southern Italy, near the coast of the Bay of Naples. The area was once a thriving and sophisticated Roman city, but was buried under meters of ash and pumice after the catastrophic eruption of Mount Vesuvius in 79 A.D. The preserved site features excavated ruins of streets and houses. It is a very unique and amazing experience I highly recommend!

Click to watch my full know before you go video on Pompeii! 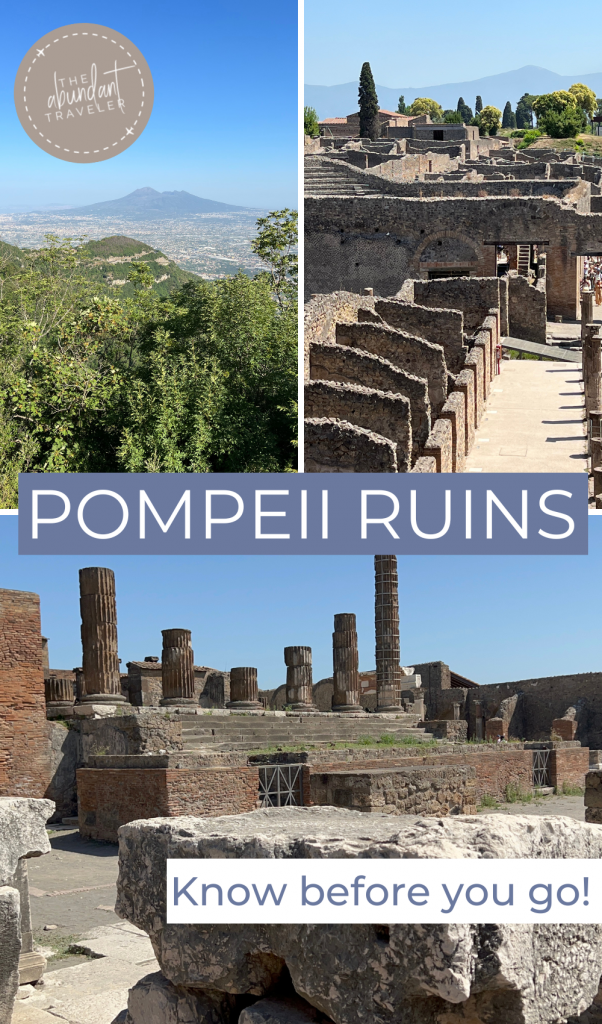