The Best of Toledo, Spain

Are you looking for ideas for day trips from Madrid? In this video I share why Toledo is well worth the trip and what to do.

Toledo is one of the best preserved medieval cities in Europe, and there is nothing like it in all of Spain. The cathedral 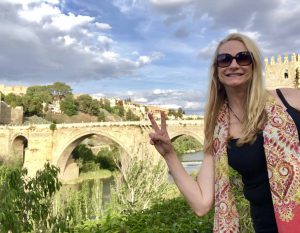 is incredible, and there are plenty of monuments and museums to keep you busy. The beauty of Toledo is just getting lost. If you’re looking for a gorgeous medieval city, look no further!

Toledo is located one hour South of Madrid. You can get there by bus – and that’s what I did.  I paid 5 Euros 50 and it was a 50-minute ride.  You can also get there by train, but do note: the trains don’t run as often as the bus. You can also drive, just make sure that your hotel has parking because it is very difficult to get parking in the old walled part of the city. 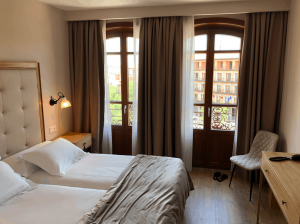 I stayed in a beautiful hotel called Hotel Boutique Adolfo. It is a 4-star hotel that opened in September of 2018. Best of all, it’s located in Plaza De Zocodover, the main plaza in Casco Historico Toledo, or the old walled City portion of town. This is where you want to be! Check out their availability here.

How Long to Stay

Most people come to Toledo just for the day from Madrid, which is possible, but I recommend spending at least one night. The city is beautiful and quiet to see at night and there’s at least 24 to 48 hours worth of things to do in the city. 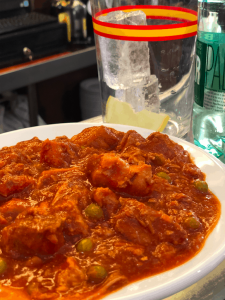 The city is known for its food as well she want to make sure to stay long enough to try all the Delicacies including partridge, carcamusas, river trout and a hearty bean dishes.

I arrived 4 noon with a friend and was able to see the sunset from El Mirador which is the famous view point outside the walled City looking back to the walled City.

The next morning, I got up and started my self-guided tour on the east side of the old city at Puente de Alcantara. I started here because the sun was better in the morning, perfect for filming and for the sunrise! I decided to work my way from east to west across the walled City, and finish my day at Puente de San Martin on the west.

After visiting Puente de Alcantara, I went to the Alcazar which is the Roman fortified building on the highest point in Toledo. There is a war museum inside. If you’re into this type of history, it’s worth a look! Since I’m not big into war things I didn’t go in, but I’m so glad I went for the view. 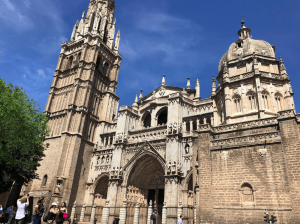 Next, I went to the cathedral called the primate Cathedral of Santa Maria of Toledo. I entered through the “Door of Forgiveness.” The Gothic style Cathedral dates back to the 13th century, and in my opinion, is the most impressive Cathedral in Toledo. It’s huge and bustling with tourists, for good reason!

My next stop was the El Greco Museum. It costs 3 euros and it was well worth the trip. They’re not even sure this was El Greco’s home, but it was purchased to show how people lived during the time that El Greco was alive. He moved to Toledo in 1577. The museum was nice and showed a typical kitchen and living space during the time. It also showed many of El Greco’s works. Note: they were not all originals. I loved the inviting garden to just sit and take a load off.

Next, I headed west through the Jewish part of the city to the oldest standing synagogue that is now owned by theCatholic Church called Santa Maria La Blanca. This is one of the most ‘instagrammable’ locations in Toledo with its white columns, white washed walls, and no furniture. It is located right next to the monastery San Juan De Los Reyes. After taking all of my Instagram photos at the synagogue, I raced back cross-town for my 4:30 tour of the city with the company called de Paseo.

My tour was with Juan Pedro, but he like to be called Juan P. 🙂  Since there were no other English-speaking guests, I 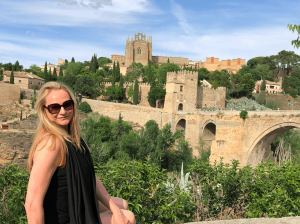 had a private tour!  I really enjoyed this tour because he didn’t take me to the main tourist sites. Instead, he gave me some of the stories and history of the city, and pointed out some of the unique spots throughout the Casco Historico. Book your walking tour with de Paseo here!

After my tour finished at 6:30 pm,  I headed to the infamous Bisagra Gate or the Puerta de Bisagra. It was so impressive and I wish I could have stayed longer but I had to get going to catch the sunset at Puente de San Martin.

Have you ever been to Toledo, Spain? Leave a comment about your experience and if I’m missing any of your favorite spots!

What to Know Before You Go to Boulder, Colorado

Portland, Oregon Best Things To Do

Know Before You Go to Portland, Oregon