Stockholm Vacation Guide | Things to Know Before You Go to Stockholm, Sweden

This week I’m sharing my top tips things to do and everything that you need to know about Stockholm, Sweden for your first visit.

These are my best tips for your first visit to Stockholm. Let’s start with some things to know before visiting Stockholm:

Sweden is moving towards a cashless society.

Even the famous coffee shop, Espresso House, doesn’t even allow cash. In the two days that I spent in Stockholm, I never had to exchange one euro or one dollar into Swedish kr. You can tip in Euros or dollars but everyone takes credit cards! 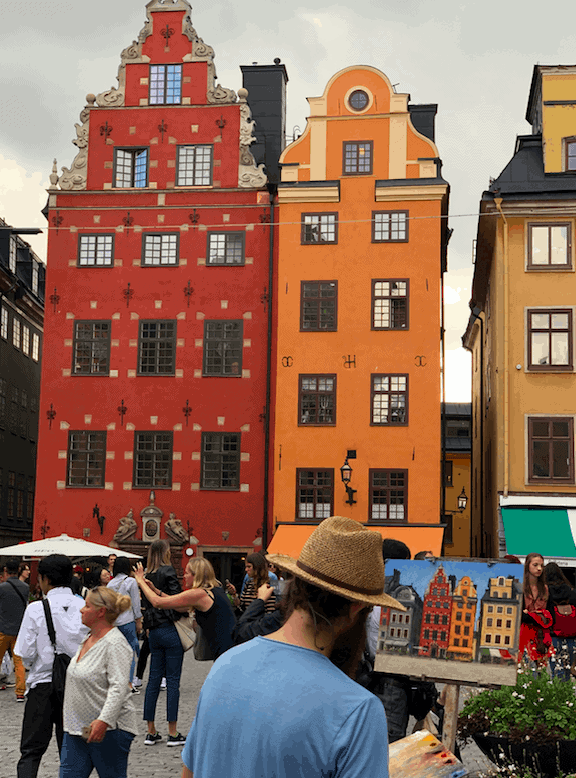 I recommend that you stay as close to Gamla Stan, or the old city, as possible. Why?

Because that’s where the great restaurants and shopping are, not to mention the beautiful Swedish architecture. I stayed in at the Sheraton Stockholm just across the bridge from Parliament. (Check out the hotel here!) It was a great location because it was just a five minute walk to Gamla Stan.

How Long Should You Stay in Stockholm?

I would recommend staying in Stockholm for two days. It you’re a museum goer, you probably want to stay for at least three.

There are some incredible museums here including the National Museum, the Viking Museum, and the Vasa Ship. You also want to stay long enough so that your trip doesn’t overlap the entire time with the cruise ships.

You want to make sure to stay at least a couple of nights so that you miss some of the crowds from the cruises.

What to Pack When Traveling to Stockholm 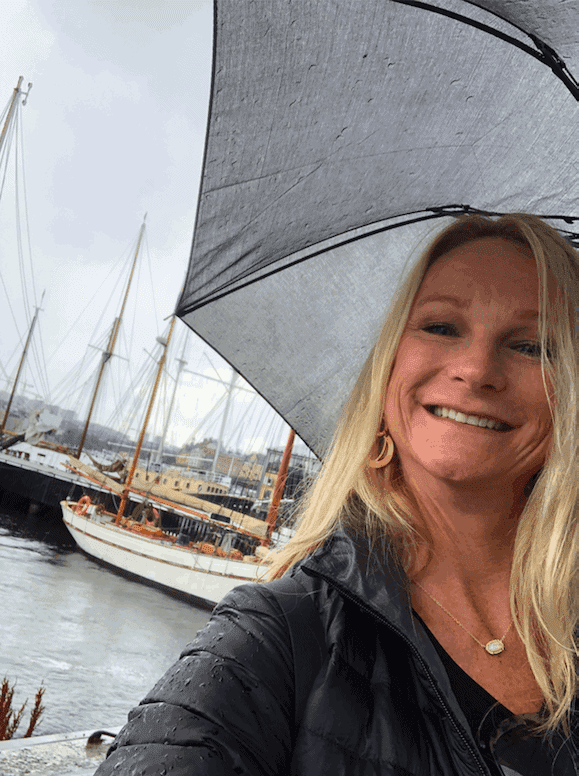 It’s always important to know what to pack when you’re traveling anywhere in the world and that’s especially true in Stockholm.

The weather is rather unpredictable so it’s best to be prepared. I recommend bringing both short and long sleeves, open-toed shoes and weather proof shoes, long pants, and a light down jacket.  We visited in August by the way and I wish I would have brought a raincoat and travel umbrella.  It rained heavily, out of the blue, on a couple different occasions, so be ready for anything!

8 Things to Do in Stockholm Sweden 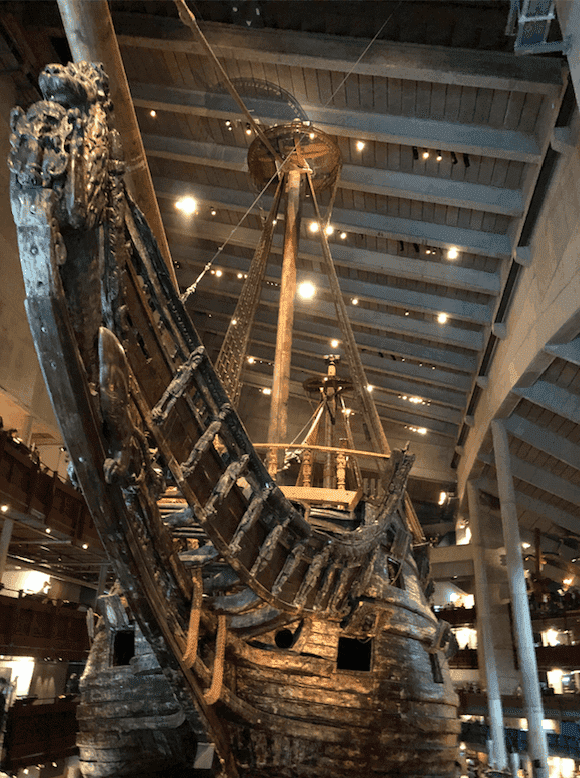 It is probably the number one thing to do when you’re in Stockholm. I don’t know anywhere else you’ll see such a spectacular ship from the 1600’s! It sank in and was salvaged in 1961 and it’s definitely worth the visit. A very important tip for your visit: 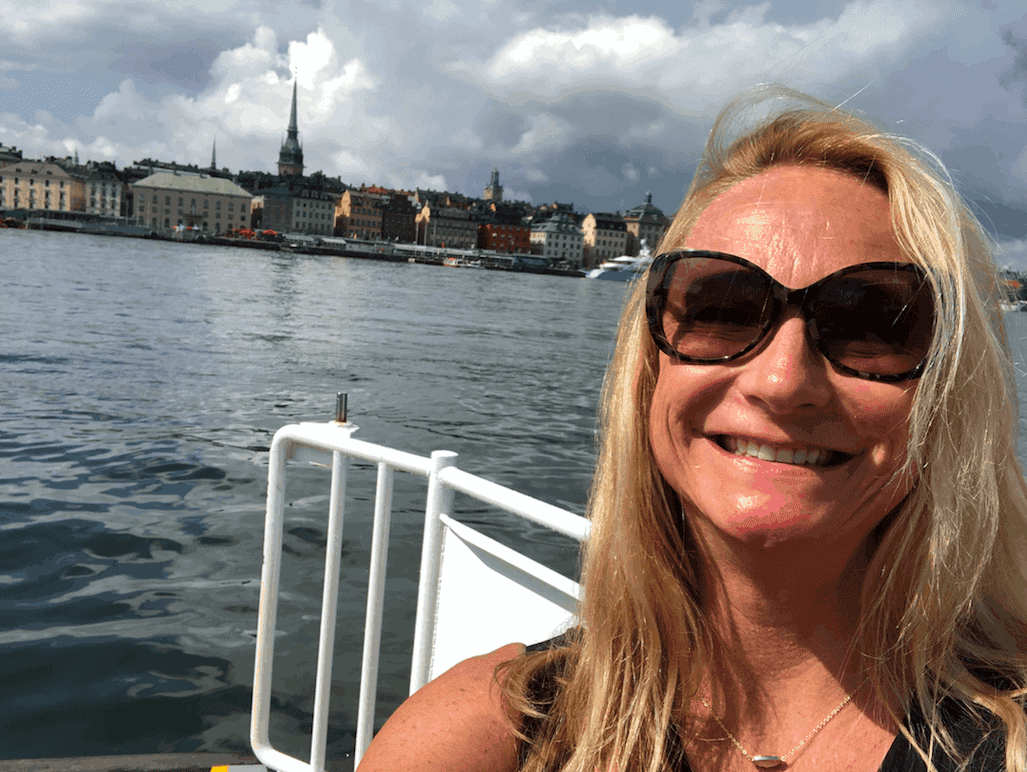 Most cities have a tram or a bus system but what a better way to get around inthe middle of Stockholm than on a ferry? I decided to leave Vasa Museum and head back to Gamla Stan in the old town on the ferry instead of taking a bus or going for a walk.

#3 Get a Souvenir Dala Horse 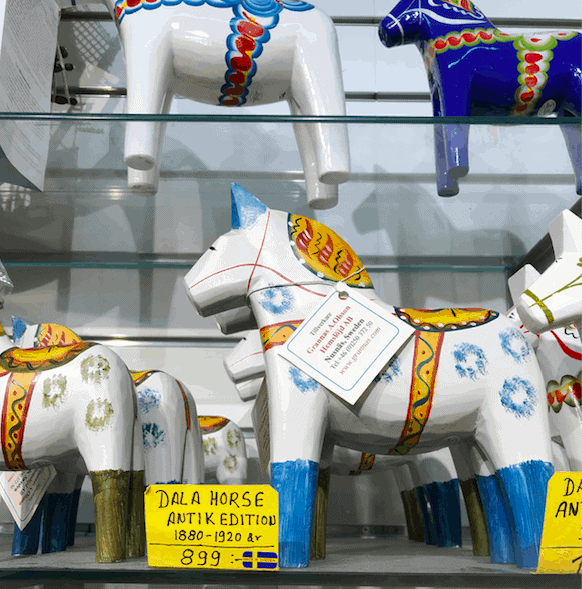 Maybe you didn’t know this about me, but I’m a major horse girl. The Swedish Dala horses have been around since the 1800s as toys. They are probably the numbe chotchke thing you should buy when you’re in Sweden. The color and symbols on the horse are all representative of the town they were made in.

#4 Visit the Narrowest Street in Sweden

You have to take a wander down Mårten Trotzigs Gränd, the narrowest street in Sweden. It’s only 35 inches wide at its narrowest point. They say you’re supposed to make a wish as you’re walking down the 36 steps. It’s a very cool experience. 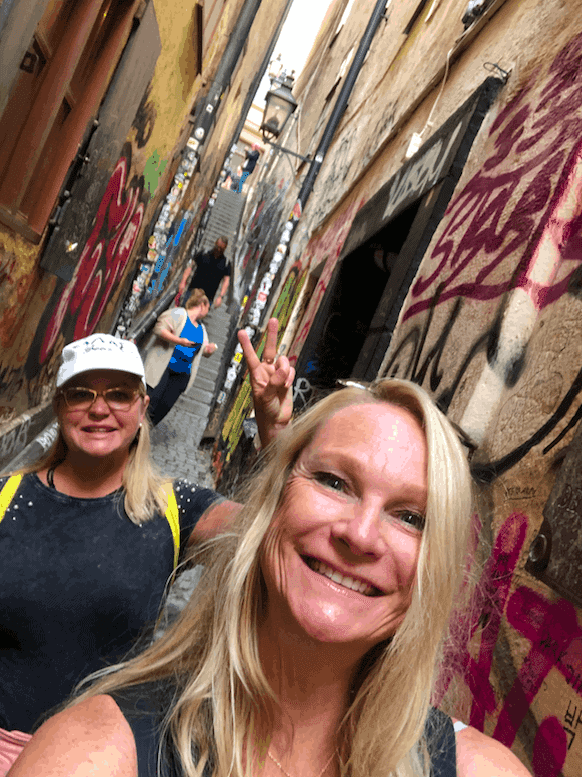 I went on two walking tours during my 48 hours in Stockholm and both were with Stockholm free walking tours. I did the modern town tour and the old town tour. If you go with this company, make sure to ask for Joe. He’s a Brit who has been in Stockholm for two years now going to University. Joe was fun, knowledgeable and very clever.  I learned so much about the city on my tours. 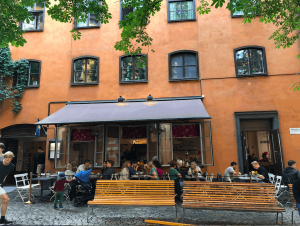 A must-do while you’re in Stockholm is to get your fika on. What does that mean? Stopping for coffee! Supposedly, the Swedes drink half a litre of coffee a day! It’s not like the Italian espresso, it’s more watered-down and so they can drink more! 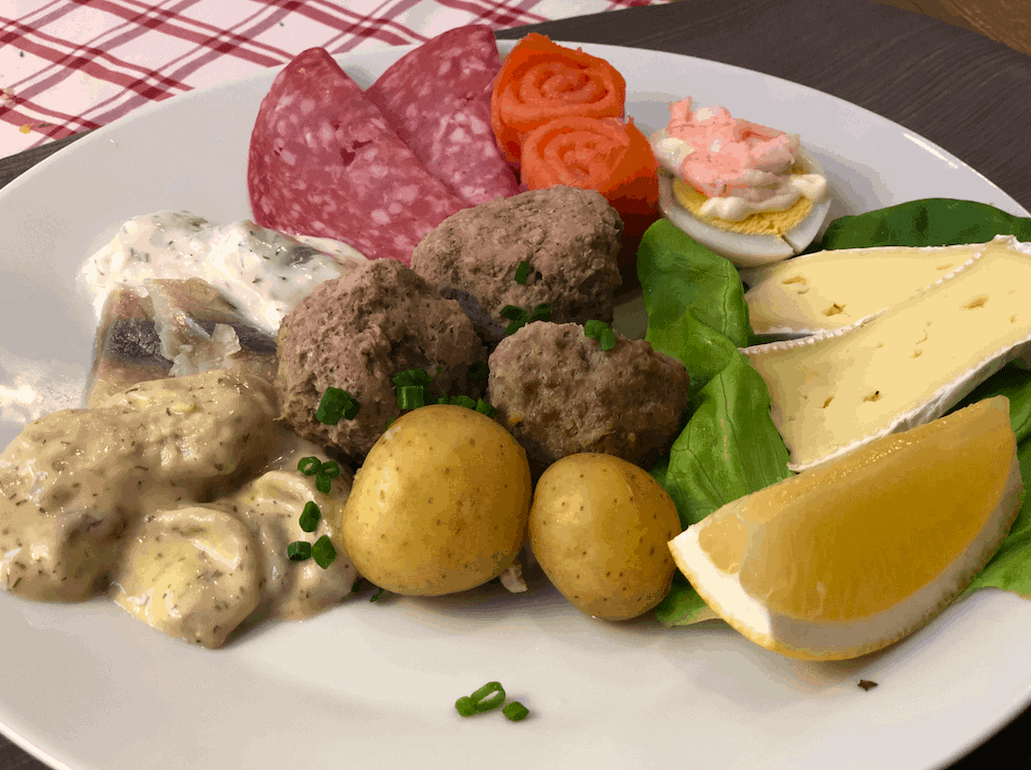 One of my favorite meals in Sweden was at a quiet restaurant in Gamla Stan where I had a “smorgasbord” of items. This included pickled herring, meatballs, cured salmon, Västerbotten Cheese, and boiled potatoes, to name a few.

#8 Watch the Swedish Changing of the Guard

The last thing I did before leaving Stockholm was see the changing of the guard. It’s one of the most popular attractions for visitors to Stockholm. The royal guard ceremony begins at 12:15 p.m. on weekdays in the outer courtyard of the royal palace. On Sundays, the event takes place at 1:15 p.m. I have a great tip about where to get the best view: the best place to be is against the palace as close to the little guard house as possible. I only got there about 10 minutes before the changing started and I was still able to see everything! 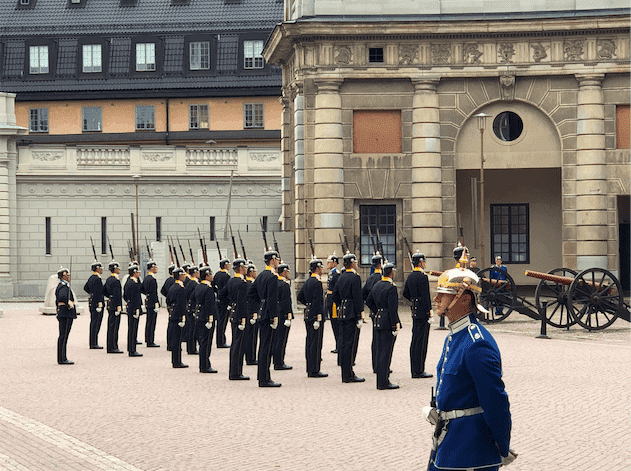 I hope you found this Stockholm Sweden guide helpful! If you’re traveling to Europe and you’re looking for more tips and tricks make sure to check out my videos about what to know before you go to Spain as well as London. I’ll see you on the next adventure! 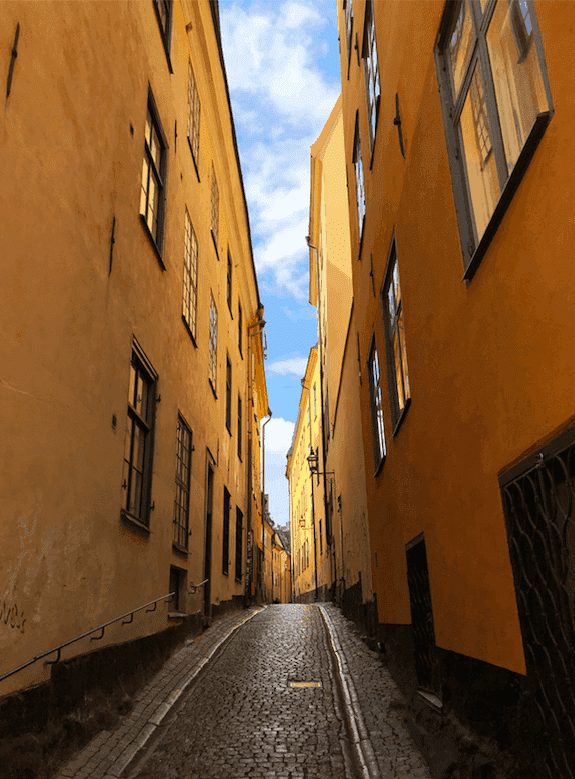 Know Before You Go to Capri, Italy

Planning the Perfect Trip to the Amalfi Coast

The Most Amazing Day Trips You Must Take When in Naples, Italy